They’ll be after tartan golf slacks next

It’s not every day that I get drawn into a debate over whether Bob Marley stole his hairstyle from the pharaohs, and the rights and wrongs of Lionel Shriver’s sombrero. But 2017 is shaping up to be that kind of year. The kind remembered, I hope, as a time when advertisers finally woke up to fact that cultural appropriation – as in ripping off long-stigmatised cultures without giving them due credit – is not going to end well for their brands.

Because, you know, Highland Scots really were oppressed.

As to the actual complaints, this one is amusing:

There was Shea Moisture, a brand that readers who don’t have afro hair probably hadn’t heard of until it was in the news for infuriating its core consumer base.

These curl smoothies devotees – a group in which I include myself – had been quietly turning Shea Moisture from a small, family business into a lucrative global brand, only to see themselves erased from its image once the company decided to raise its profile. Last month it unveiled an ad featuring three white women and one black woman whose long hair was atypical of most with afro hair. “We really f-ed this one up,” the company later admitted, pulling the ad.
It may have been too little, too late. One prominent African American woman tweeted:

Black women built SheaMoisture. And not the “I was teased for having good hair” Black women. Black women will take it right on down too.

Do, the woman in the ad who didn’t really have black hair: 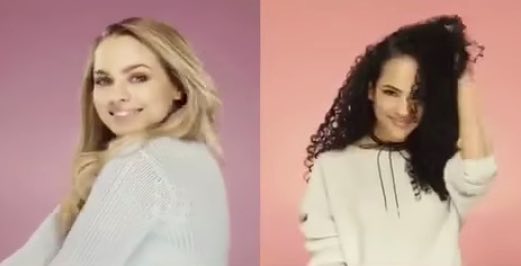 19 thoughts on “They’ll be after tartan golf slacks next”