Current Odds for the 2020 Presidential Election – Things to Know

Right now, the world is a very serious place that is seemingly dominated by politics. Now, you could argue that that has been the case for hundreds of years, but just recently, the political landscape has shifted. Brexit is close to being done and dusted. We had our own general election not too long ago, and now it’s the turn of our friends across the Atlantic. 2020 is the year of the presidential election, which is why today, we’re looking at the current odds for the 2020 presidential election, as well as a few other relevant facts that you might wish to know. If you’re thinking of betting on the outcome of the 2020 presidential election, here’s what you need to know. 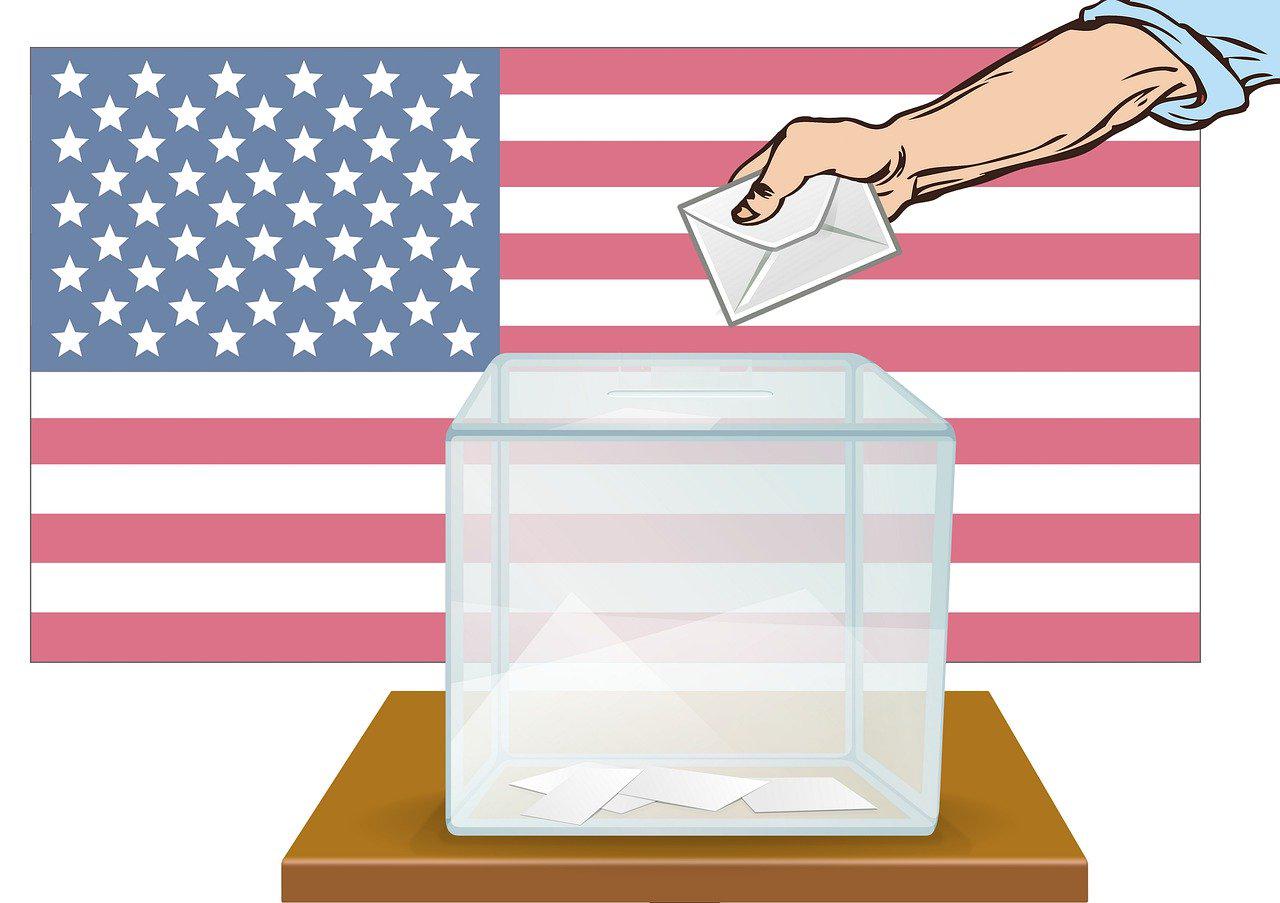 Hold on, you can bet on politics?!

Yes, in fact you can bet on virtually anything these days from reality TV, to the weather. Betting on politics, particularly general elections, is nothing new. In fact, we’ve been doing it for quite some time on betting sites like Findbettingsites.co.uk. If you know your politics and know what to look out for, you can actually win yourself some serious money. In the US, every 4 years the United States of America hold a general election to determine who will be the president for the next 4 years.

Things to know about the 2020 presidential election

AS mentioned, every 4 years in the US, an election is held where citizens of the US can cast their votes to determine whom they would like to preside over them for the next several years. 2020 is no different, yet this year, the stakes couldn’t be higher. Here are some things you need to know.

More candidates – Another thing to consider about this presidential election is the fact that there are more candidates running for the Democrats than there have been in a number of decades. To make matters more historic, 2020 is the year where a record number of women will be running.

Who are the favourites? – Despite there being a record number of candidates with their names in the hat, realistically, there are only a few names who are in the running. Obviously the POTUS himself, Donald. J Trump is up there, but who are his closest rivals. Well, currently, Bernie Sanders is the 2nd favourite, after The Donald, though Joe Biden, Michael Bloomberg, and Pete Buttigieg are all snapping at his heels. Don’t count out the women, as although Hilary Clinton is now at 50/1 odds, you have to remember she came very close to being named president instead of Donald. Elizabeth Warren is also a contender as she was recently at 20/1.

What are the odds for the 2020 presidential election?

By the time you read this, the odds will likely have changed, but as of right now, betting odds look like this:

Will Johnson Snatch Defeat From The Jaws Of Victory?

Boris Johnson is not Theresa May. Boris Johnson is not even nearly Theresa May. For the majority of May’s rudderless two years in power, there was a constant perception that the majority of her party were publicly supporting her while sharpening their knives in private. She lacked confidence, leadership, charm, and charisma. Aside from the fact that they’ve held identical jobs, one imagines that Johnson and May have very little in common at all. 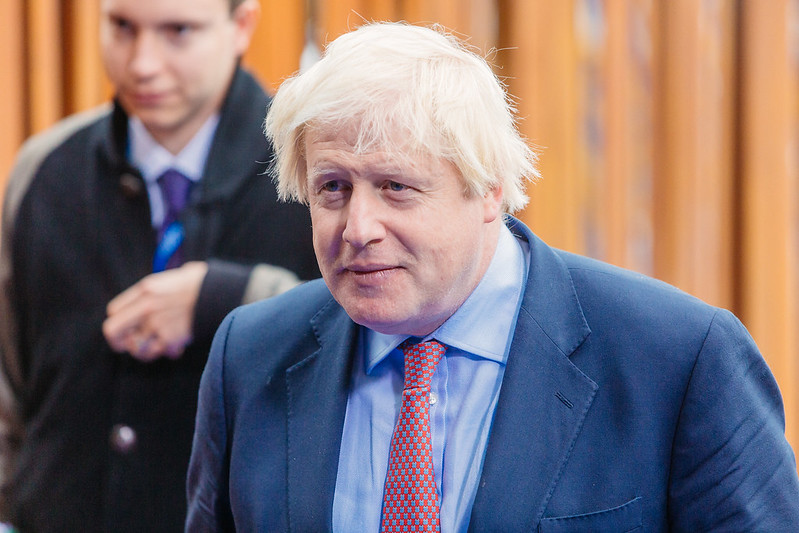 Because of that, Johnson’s decision to call a snap election shouldn’t be compared to May’s disastrous 2017 mistake. That was a vanity project. May was seduced by a few favorable looking polls, and decided to call an election to boost a majority she already had in order to get her vision of Brexit through Parliament. We won’t dwell on what happened next; suffice to say that her party lost their majority, and have never had a majority at any point since. Johnson has called an election because Parliament is paralysed, and the current situation is untenable. He’s taken the same action as his predecessor in terms of calling an election long before on is due, but for very different reasons.

Now we’ve stated the obvious by pointing out that Johnson is a different kind of leader to May (and, for most people, a vastly preferable one), we should point out something else. There is no way in the world that the Conservative Party should lose this election. They have a seemingly insurmountable lead in the polls. They’re up against the most unpopular Labour leader in living memory. The Liberal Democrats – in the unlikely event they were ever likely to become a factor anyway – have surely condemned themselves to electoral disaster by pledging to withdraw Article 50 if elected.

Unfortunately, this is the Tories we’re talking about, and if any party ever knew how to shoot itself in the foot, it’s the Tory Party. You occasionally feel like they could walk away from a mobile slots casino having made a loss, even if they owned the mobile slots casino, and every penny spent on every single one of the games went back into their pockets. Despite that, we appear to be sleepwalking into a situation where a loss is becoming more possible with each passing day. Put it this way – if we did have a pound to spend in our metaphorical casino, we’d be spending it on Rose Slots website instead of backing the party to win the election. We’d get better odds.

May’s election strategy in 2017 was so bad that it occasionally seemed like she was trying to lose on purpose, with the so-called ‘dementia tax’ being a particular lowlight. We expected better from Johnson, but we’re already seeing some worrying lapses in judgment, and a failure to appreciate the social and political mood of the country. Chief among the failing we’ve seen to date is his failure to strike a deal with Nigel Farage and his Brexit Party.

We’re not saying that a No Deal Brexit is necessarily the best way to go about departing from the EU. Johnson’s negotiated deal has the backing of his party – and is likely to have the backing of Parliament – and therefore should be given a chance to proceed. All he had to do to get Farage’s blessing was keep No Deal on the table. Farage offered him an orange branch. Johnson singularly failed to take it.

The Brexit Party aren’t going to win the election, or even come close. It might even turn out to be the case that the Brexit Party won’t even win a single seat, regardless of how much money is plowed into their campaign. That doesn’t matter. What does matter is that in every single constituency, there will be a proportion of voters who opt to back the Brexit Party. The majority of those voters are likely to be disillusioned former Conservative voters. Every time that happens, it weakens the Tory share of the vote. In doing so, it lowers the bar required for Labour to sneak in and win.

The second failure is one of speed and principle. The moment it became apparent that Welsh Secretary Alun Cairns had lied about his level of knowledge regarding the sabotage of a rape trial by one of his aides, Johnson should have fired him immediately. He didn’t. Cairns was permitted to hang around for a few painful days, and then resign of his own accord. That was always going to be the end result, and Johnson would have been perceived as a strong leader for dismissing him. As he didn’t, the resulting media storm had a negative impact on the launch of the Conservative Party’s election campaign.

If we can agree that failing to sack Cairns was a lapse of judgment, perhaps we can agree on something else, too. Nick Conrad should never have been selected as the candidate for Broadland in Norfolk. He’s now withdrawn his candidacy, but the fact that he was ever selected at all is mystifying. This is a man who said, during a live radio broadcast, that women should ‘keep their knickers on’ if they want to avoid being raped, among various other comments suggesting women were partially responsible for rape. The fact that he’s apologised profusely for those comments is immaterial. They were made only five years ago. This wasn’t ancient history, and a candidate so toxic shouldn’t have been anywhere near candidacy. Taking the Cairns incident and the Conrad incident together, it’s almost as if someone at Tory campaign HQ has forgotten that women read and watch the news, and also vote. Alienating half of the electorate is not a winning strategy.

At the time of writing, the average poll lead that the Conservatives have over Labour is narrowing. That would probably have happened at some point during campaign season anyway, but it’s hard to avoid the feeling that the party is currently inflicting wounds upon itself. This is still Boris Johnson’s election to lose, but he’ll want to avoid a repeat of the poor performance of the past seven days if he’s to be sure of winning it.